EPA Says a Farmer
Broke the Law by
Plowing His Land 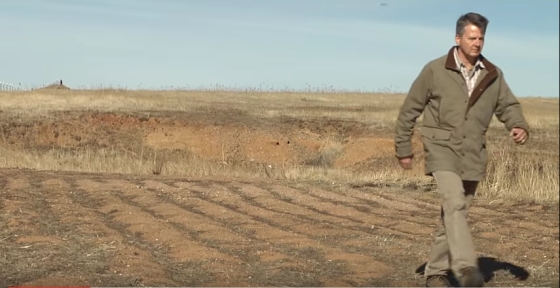 Earlier this month a federal court in California ruled that a farmer plowing his land without a permit from the federal government is breaking the law. In 2013, the Army Corps of Engineers, without any notice or due process, ordered the owners of Duarte Nursery to cease use of their land for allegedly violating the Clean Water Act (CWA). The violation: plowing. The California court agreed with the federal government’s action, despite the fact the CWA specifically exempts normal agricultural activities like plowing from regulation.

This overreaching assertion of federal power is not an isolated incident. For decades, the EPA and the Army Corps have aggressively sought to stretch the bounds of the CWA. When Congress passed the CWA, the federal government was given regulatory authority over “navigable waters,” which the statute additionally defines as “waters of the United States.” While the word navigable may seem to have an obvious meaning to most Americans as bodies of water that can be navigated by watercraft, federal bureaucrats have identified these terms as a license for a massive regulatory land grab.

Asserting ambiguity, the EPA has tried to use the CWA language to claim control over essentially any water which eventually might find its way into a navigable waterway. They have asserted jurisdiction not just over logical sources like large tributaries of navigable waters or wetlands immediately adjacent to rivers but have tried to reach their regulatory arms to isolated puddles or dry stream beds which only see running water during large rainstorms. This overreach has been repeatedly struck down by the Supreme Court, most recently in 2001 and 2006. But these repeated rebukes have not stopped the regulators.

California Farmers Stand Up
to Federal Enforcers on
Water Regulations

Duarte Nursery v. Corps of Engineers, Members of the Board of the Central Valley Regional Water Quality Control Board